We are working remotely and available by phone, email and can arrange for video chat and or FaceTime meetings. We are also continuing to appear in court in-person for first appearance hearings in criminal court and injunction hearings for domestic violence. We are also appearing telephonically for non essential hearings. Learn More

Home
Articles
What About the Person Who Caused the Accident?

What About the Person Who Caused the Accident?

After your injury, you will likely be feeling a great deal of anger and frustration, especially at the person who caused your injury. (In legal terms, that person is called the “tortfeasor.”) You may feel the need to reach out and contact them, demanding answers or compensation. But any accident attorney in West Palm Beach will advise you not to do this, as it can hurt your case and give the other party ammo to use against you at trial. There is a process and procedure that all personal injury claims need to go through. The tortfeasor will instead be contacted by the insurance company’s claims adjuster, who will take statements and reports from all persons who were involved, and prepare recordings or written transcripts of the statements. 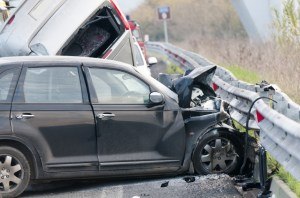 The insurance company will perform an initial investigation into your claim by taking statements and reviewing evidence, after which there is usually little or no contact between the tortfeasors and the insurance company. The insurance company does not usually keep their insured (the tortfeasor) apprised of the day-to-day progress happening in your case, although this may not be the case in medical malpractice cases. While it might seem unfair, the person or persons who caused the accident resulting in your injury will be going about their daily lives, waiting for the insurance company to complete its work, and hoping that the case will settle without any further involvement on their part. That, after all, is what people have insurance for, so it is best to accept that that is how the system works.

What if My Case Doesn’t Settle?

However, if your accident attorney in West Palm Beach and the insurance company are unable to come to terms on a settlement, then the case will proceed to litigation and a lawsuit will be filed. At this point, the insurer will again contact the tortfeasor, and hire an attorney to defend and represent him or her in the suit. The insured will have to participate as a defendant in the process and cooperate with the assigned attorney.

If you have been involved in an accident, an accident attorney in West Palm Beach is crucial to helping you get the settlement you deserve. Contact attorney Jessica Mishali at (561) 833-2772.

Contact Us
Practice Areas
Client Reviews
★★★★★
Mishali is a great lawyer I counted on her with my liberty at stake so she fought for me & pulled through. She will contact you before court dates to make sure you appear, Always be on time, And has a terrific personality. I would highly recommend this lawyer, If I was able to rate her 10 stars I wouldn't hesitate! - Keith
★★★★★
Jessica is so great at what she does. She is very dedicated and efficient. I don't know what I would've done with her. I highly recommend her for any service needed. - Starr
★★★★★
I hired Jessica Mishali to represent me. She did a phenomenal job for me. She is very talented and creative and goes above and beyond for me and I'm very confident she will do for all her future clients. She delivers results!! - Miriam
View More
Submit a Law Firm Client Review